Dayton is one of the top ten largest cities in Ohio and lies within Montgomery County with downtown Dayton being located right where the Miami and Mad Rivers combine. Home to over 800,000 residents in the greater area, Dayton is the fourth largest in Ohio behind the 3-C’s cities while being in the Top 100 cities in the US 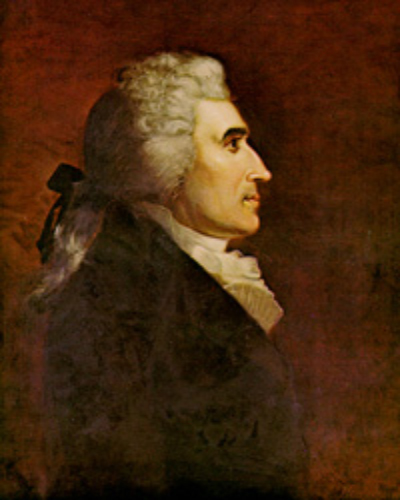 Native American camps were found. Not long after, Mad River Road was developed connecting Cincinnati and Dayton to transport goods. Found in 1797, became a village in 1805 and a city in 1841, Dayton was named after a captain in the Revolutionary War, Johnathan Dayton, who both signed the US Constitution as a founding father and owned land in the area.

In the late 1820’s, the Dayton-Cincinnati Canal was completed, connecting Dayton to Cincinnati and other cities within the state. Because of it’s location and ease of travel with two main rivers flowing downtown, Dayton became one of the biggest, wealthiest, and fastest growing cities in Ohio where manufacturing and industrialization boomed.

Many of the cities, colleges, and well known places today were due to the growth between the late 1850s and the early 1900’s. The first mechanical and electric cash registers were developed in Dayton by the National Cash Register Company with John Henry Patterson and engineer Charles Kettering responsible for such innovations. The Wright brothers who pioneered aviation and inventors of the airplane were born in Dayton in the 1870s. They designed, created, and tested most of their planes near Huffman Field, close to what is now Wright-Patterson Air Force Base. The aviation history in Dayton later led to the Army Signal Corps using the city as their primary research location as well as training ground. 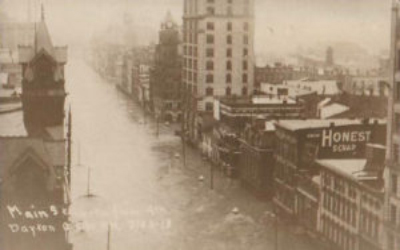 With two rivers combining together in downtown Dayton, the greatest natural disaster in Ohio history happened in 1913 with the Great Dayton Flood. Levees fail, rivers overflowed, and 12 inches of rain fell, causing downtown Dayton to be under nearly 20 feet of water. Out of this tragedy came innovation – a series of dams were build as well as the invention of the hydraulic pump by Arthur E. Morgan which pioneered hydraulic engineering became the foundation for flood prevention ever since.

As an aviation town, Dayton played a huge part in both World Wars. In World War I, the Dayton-Wright Airplane Company was awarded many government contracts to build airplanes to help the US Military. Over 4500 planes were sent overseas although many never saw combat. In World War II, the two airfields, Wright Field and Patterson Field, were use as experimental fields and trained some of the airmen. Wright-Patt (officially combined after the war) was a part of housing some of the 5500 planes the government paid to build in the 1940s, growing the area from 40 buildings to over 300. Dayton was a key piece in researching how to make planes faster, more maneuverable, safer, and more deadly with better weapons.

Dayton in the 21st Century

Despite its rich history, unfortunately with much of manufacturing being shipped overseas, Dayton has continued to decline since the late 1980’s losing the third most residents by percentage in Ohio. In the early 2000’s, Dayton began revamping the town to encourage people to move to the area and current residents to stay. The created a stadium for the Dayton Dragons, a minor league baseball team. They built up their public park system including creating Riverscape Metropark, a park with an amphitheater-like area that has a covered roof and stage that can be used for small concerts and entertainment.

Dayton ranks #4 in Ohio in economic production and has become a great place for college graduates with many hospitals in the area, non-profit CareSource, data companies like National Cash Register and LexisNexis, and other government jobs with the National Air and Space Intelligence Center and Wright-Patterson Air Force Base. The IT and Startup community has continued to grow since 2015 including now having a “Startup Week” yearly to promote new businesses and helping them grow. Much of this is fueled by the Dayton Entrepreneurs’ Center which helps startups in conjunction with venture capital companies and the Ohio Small Business Development Center.